Squadron Leader Sean Perrett
Sean is currently an instructor on the Beechcraft Texan 2 trainer based at RNZAF Ohakea. He originally served with the Royal Air Force flying the BAE Hawk and the Harrier jump jet, as well as three seasons in the RAF Red Arrows display team. He then bought his family to New Zealand and joined the RNZAF. In the RNZAF he has flown the CT4 Airtrainer, B200 King Air, Aermacchi, Beechcraft Texan 2, Tiger Moth and the Harvard. He is a member of the 2020 RNZAF Black Falcons display team. 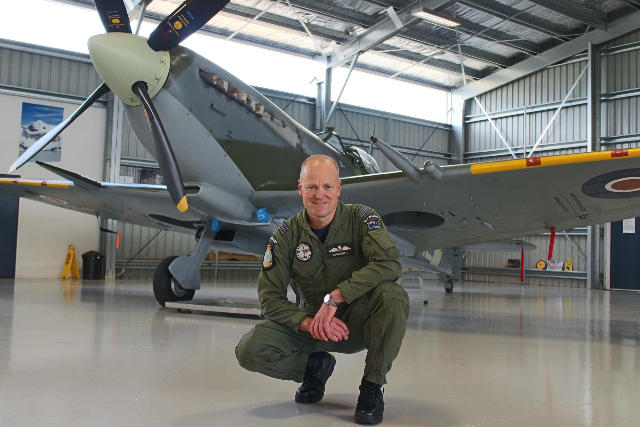