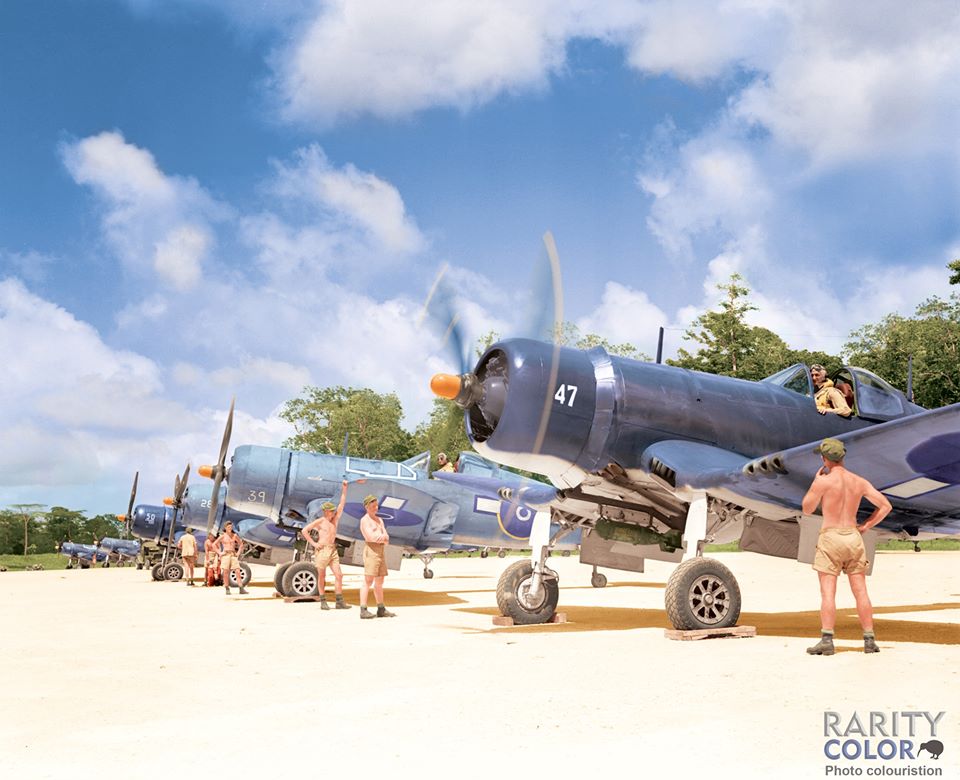 Palikulo was one of four airfields on the island of Espiritu Santo in what was then the New Hebrides (now Vanuatu). Espiritu Santo was the home of a massive US military operation including a deep water port which was second only to Pearl Harbor in size.  The first airfield constructed by the US Navy Seabees was a fighter strip at Turtle Bay. This was followed by three bomber strips at Palikulo Bay, Pekoa (now the international airport) and Luganville.  Palikulo was the location of the RNZAF’s major servicing facility for the Pacific War. A number of RNZAF Squadrons operated from Palikulo at different times during the conflict and it was the location of the RNZAF theatre HQ during the war. RNZAF aircraft operated from there included Hudsons, Venturas, Corsairs, Kittyhawks, Avengers, Dakotas and Dauntlesses.

A large number of ground personnel were based there alongside the squadron pilots and all worked in very difficult conditions of heat and coral dust. Espiritu Santo was the largest US Navy Base after Pearl Harbour and new aircraft for the RNZAF were shipped there, unloaded and towed to Palikulo for assembly. The RNZAF also had a Catalina base to the west of the main town of Luganville at Segond Channel.

The first airfield on Santo was the fighter strip at Turtle Bay north up the east coast. This was followed by the construction of Bomber 1 (Palikulo) on Palikulo Bay and then Bomber 2 (Pekoa) parallel and inland (this is now the main airport for Santo). Bomber 3 (Luganville) was constructed on higher ground and further west of the main town of Luganville.

There is little visible these days of Palikulo and the airfield is largely overgrown. One of the perimeter tracks forms part of the coastal road and one of the large dispersal areas is now the grounds of a school. Nearby in Palikulo Bay one of the beaches is still called “New Zealand Beach” and was the site of one of the main recreational areas for off duty personnel.